curate - (verb)  Gather information from the web and manage the information.  Think of an art curater getting ready for a gallery opening.  As a curater on the web you can collect information and create a great looking digital magazine in no time!

iTot - (noun) Babies born with an iPad in their hand.  They only know the iRevolution!!

publish - (verb) The 21st century way to hand in an assignment.  Publish to the web, a blog, a teacher website, or on Twitter!

QR code - (noun)  A mysterious code that causes people to be so curious they have to scan it to see what it means!  A great way to make learning fun is to take kids on a QR scavenger hunt!

re-sync- (verb) Adding apps to iDevices.  Synch and resync are the names of the games.  Having the ability to resync your devices gives teachers the best control over what is best for their students.

teep:  (noun) Teacher friends who are on Twitter.  Think of “my peeps”, but the they are specifically teachers and connected via Twitter.

#tt4t - (noun)  Tech Tools For Teaching. The hashtag for all of our Bellevue Teeps or Tweeps!  Follow it, Use it, Love it!

validate - (verb, adjective)  1.  To make someone feel like they have been heard about a topic and that they are correct!  2.  The way people feel when they get a comment on something they publish

words with friends -  (noun)  A hugely popular online scrabble game connected to your social network.  One time I had 20 words with friends going at a time!  Never a dull moment when waiting to pick up a kid from piano!
Posted by Jeanette Carlson, Ann Feldmann and Jeffrey Bernadt at 8:41 AM No comments:

Be An Expert In What You Have 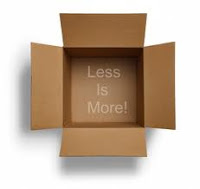 The Christmas season is a time to consider, to ponder, to take a moment to rethink some goals and choices.  I know for myself I have declared 2012 the year of savings and more fitness.  As I become a more ardent user of my much-loved iPad I am beginning to realize that purchasing apps and using apps requires the same amount of consideration.

Everyday I get a great little email from one of my Scoop.it pages by John Evans that I follow.  A recent email had a list of the best APPS of 2011 by @coolcatteacher.  When I first began following this particular Scoop.it page I always got excited to view the newest APP or the top ten must have APPS, or how about the best Notetaking APP ever!  I’d eagerly click on the link and read through the review of the apps and, more often than not, download the app.

What I discovered after this frequent routine was that I already had what I needed on my iPad.  As so often is the case there are multiple apps to do one task-take notes, edit photos, create a voice email, dictate notes.  During the Christmas season we are all bombarded by so many choices from food, gifts, bargains, and which parties to attend.  It’s important to be considerate in what you choose.  We often have more than we need.  The question becomes, “Does what I have work for me?”  If the answer is yes, then stop downloading repetitive apps.  Become an expert in the few you have.

I still love getting that little email from Scoop.it, but now I am more careful and considerate as to what I dump onto my iPad.  I use Evernote, but I like Notability for the doodling capabilities.  But really, why do I need to doodle on my notes?  I can doodle on Doodlebuddy.  I use Flipboard for my reading and social media collections so I don’t need to get Zite.  We live in a culture of more is better, but personally being proficient in less makes me feel content.

Merry Christmas to all of our readers!  Thank you for taking the time to read what we think is a valuable blog and stay considerate in your choices.
Posted by Jeanette Carlson, Ann Feldmann and Jeffrey Bernadt at 8:55 AM No comments:

Skype in the Classroom

Skype is a free downloadable software that lets you do voice and video calls combined with instant messaging for free. The possibilities of Skype to flatten your classroom are endless. Here are a few ideas followed by resources you may be interested in!
1.Interview authors, astronauts and other amazing individuals from around the world.
2.Collaborate with classrooms, businesses and more in multi-disciplinary projects.
3.Explore a volcano, rain forest, or history museum in virtual field trips with experts in the field or even share your field trip experiences with others.
4.Practice conversational foreign languages with native speakers.
5.Provide additional support for students needing extra attention or unable to come to class.
6.Invite a guest lecturer from leading educators and experts from anywhere in the world.
7.Explore foreign cultures first hand with classroom to classroom video conferencing.
8.Broadcast a performance or project to parents and families unable to make it to school.
9.Access and share professional development opportunities with educators on the go.
10.Collaborate with innovative educators to plan units, lessons, and more.

2. Skype in the Classroom. This article offers help on ways to set up Skype, tips for finding other teachers on Skype, technical obstacles, and more. http://www.wtvi.com/TEKS/05_06_articles/skype-in-the-classroom.html


Here are a few ways to connect with others using Skype in classrooms and to promote education.


1. ePALS. Sign up for a free account here, then find other teachers and classes around the globe using Skype. http://www.epals.com/


2. Skype an Author Into Your Library or Classroom. This site will connect schools with authors through Skype. Short sessions are free, while longer sessions are subject to a fee set by each author. http://skypeanauthor.wetpaint.com/


3. Skype in Schools. List yourself or find others in this directory just for educators seeking Skype collaboration. http://skypeinschools.pbworks.com/w/page/11008318/FrontPage


4. Skype in the Classroom – The EduSkypers Phonebook. Scroll through these comments to find other teachers from around the world looking to connect through Skype. The most recent are at the very end of the list. http://skypeintheclassroom.wordpress.com/2008/10/31/lets-build-a-community/#comments


5. Global SchoolNet. This organization works to connect teachers and students around the world through forensic science programs. Browse to find something of interest or start your own project. http://www.globalschoolnet.org/


6. Around the World with 80 Schools. This teacher is hoping to connect schools around the world through short Skype sessions. http://langwitches.org/blog/2009/01/03/around-the-world-with-80-schools/


7. Skype in the Classroom. Join this community to find other teachers seeking Skype connections.
http://maculspace.ning.com/group/skypeintheclassroom


Teachers and parents can benefit from Skype in the classroom, too.


2. Share students’ work with parents. Let parents get a first-hand look at what their children are doing with Skype.


3. Conference with parents. Whether a parent has to miss a regular conference or a concern comes up that requires speaking with a parent, Skype can provide an opportunity to connect with a parent that may not otherwise be available for a conference.


5. Collaborate with other teachers. Who says Skype has to be fun just for the kids? With Skype, teachers can collaborate on ideas, projects, and more.


6. Share travel experiences. If you will be traveling during the school year, arrange for your substitute to connect with you via Skype and you can share the experience with your class.


7. Receive teaching feedback. Have an experienced or mentor teacher watch you teach via Skype and receive valuable feedback.


8. Be available to students. If your school is suddenly closed for a while or if you want to set up conference hours for students, use Skype to allow students to contact you.
http://thestar.com.my/news/story.asp?file=/2009/6/25/nation/4188033&sec=nation


9.Bring busy parents into the classroom. A busy parent who has knowledge to share with the classroom may be more likely to be able to make the time for a presentation if she or he can do so with Skype rather than having to leave work and come to the school.

Posted by Jeanette Carlson, Ann Feldmann and Jeffrey Bernadt at 12:18 PM No comments:

It all started this morning with a tweet to @mr_fines, a Kindergarten teacher in my PLN on Twitter.  Within minutes, Mr. Jon Fines, was tweeting back lots of great technology lesson ideas to use with K-kids.

At that moment, collaboration went global and energy surged! You see, my colleague Jenny and I had been researching and surfing the web for ideas for half an hour  before we tapped the Twitter network.  When Fines chimed in, it was energizing, like a firework exploding with bright colors in a dark sky.

Our exchange went like this:
“I teach them to open Word,  increase font size, change font, then type the letters of the alphabet in order. Keyboarding+ Letter Assessment,” Fines tweeted.

“GREAT ideas!!! Thanks so much! We have Paint and Word, so will give that a try. Any Christmas ideas?” I asked.

“This is one of our Christmas favs. I use on IWB but PC's are great http://sprintsweets.com/ &http://bit.ly/8YSLHV is also a fun one,” Fines replied.

“You made my day!!! I LOVE these sites!!! Can't wait to share them with the kids this afternoon!!! Thanks for SHARING!!! Merry Christmas!”

“You're welcome. Anytime. Feel free to share. Meant to tweet that in regular stream. Have a great Christmas!”

After the Twitter collaboration, we were all fired up! Literally in fifteen minutes, I had three different, fantastic activities for my students!  Amazing!  It would have taken me hours to search the web just hoping to stumble across these great tools.

It continually amazes me how powerful the Twitter network is and how a simple Tweet can ignite  a lesson idea that is used right away.
Posted by Jeanette Carlson, Ann Feldmann and Jeffrey Bernadt at 1:00 PM 2 comments:

Jeanette Carlson, Ann Feldmann and Jeffrey Bernadt
We are Instructional Technology Trainers for Bellevue Public Schools and we are very passionate about integrating Technology into the classroom.